As I write this in October, we are in the midst of political campaigning season. The rhetoric and accusations are in full swing. The past few Shabbat mornings, our prayers have been accompanied by a chorus of parading car horns cheering on one candidate or another, as they drive past our windows.

As you read this, you may well already know the outcome of this month’s election, but I do not. As Amos famously said, “I am neither a prophet nor the son of a prophet.” I do not know what the future holds.

My experience has shown me that people who are politically engaged are generally good people with honest hearts, who disagree about policy but share the same care and love for their city, their country, and their children’s future. I have also seen how disagreement can breed divisiveness – but it doesn’t have to.

Our Jewish tradition is one which is built on the idea of principled disagreement. The Talmud is 2,711 pages of differing opinions. As Jews, we have long since known that different groups of people can espouse opposing viewpoints and yet still be sharing sacred words.

In the early days of the Talmud (hundreds of years before the oral teachings were even written down), the two major opposing viewpoints in Judaism were known as Beit Hillel and Beit Shammai, named for their respective founders. In the Talmud (Eruvin 13b), we read that:

“Both these and those are the words of the living God.”

Eilu v’eilu divrei Elohim chayim. These words are famous among Jews who study even a little Talmud. Two opinions can be in opposition and still be words of God. The Divine Voice continued:

Even though two opinions can both be righteous, at the end of the day a matter of law must be settled. According to the Talmud, the obligation on the successful party is to understand and give serious consideration to the opinion of the minority party. The Jewish view of history is not a series of winners and losers, but of opposing viewpoints arriving at a point of coexistence, preferably through peaceful means and mutual respect.

At times, a just and godly ruling party must even prioritize the opinions of those they disagree with. In our modern democracy, the Law requires that elected officials serve the interests of all their constituents, not just those who support their opinion. We must all work to ensure that whoever may be in legal power at a given moment, the perspectives of all this nation’s citizens are honored. 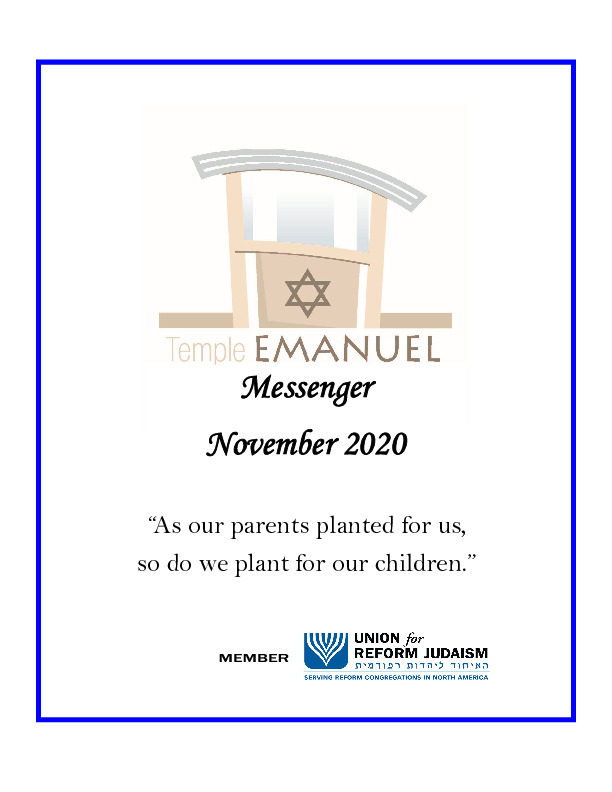 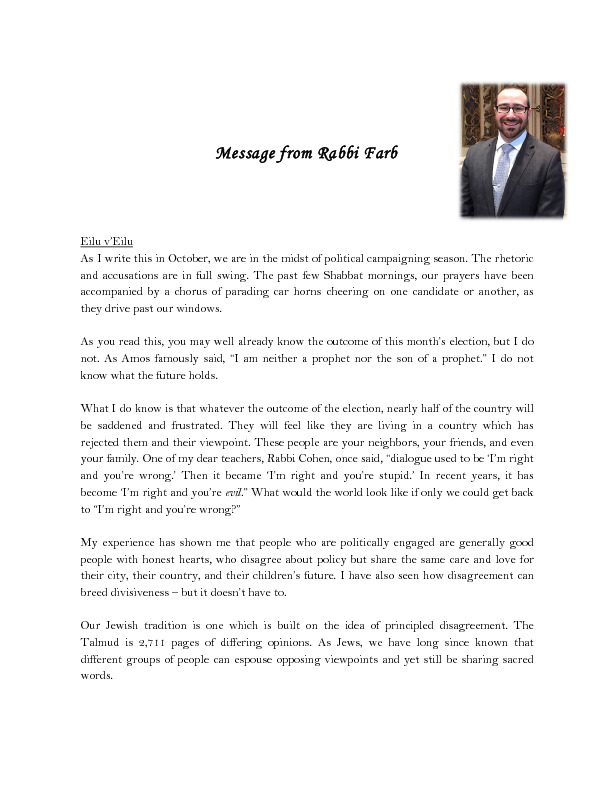 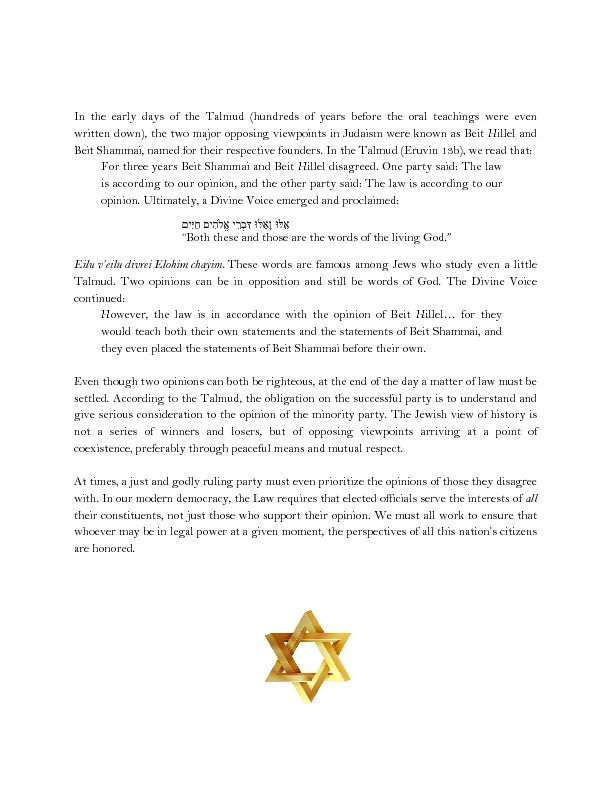 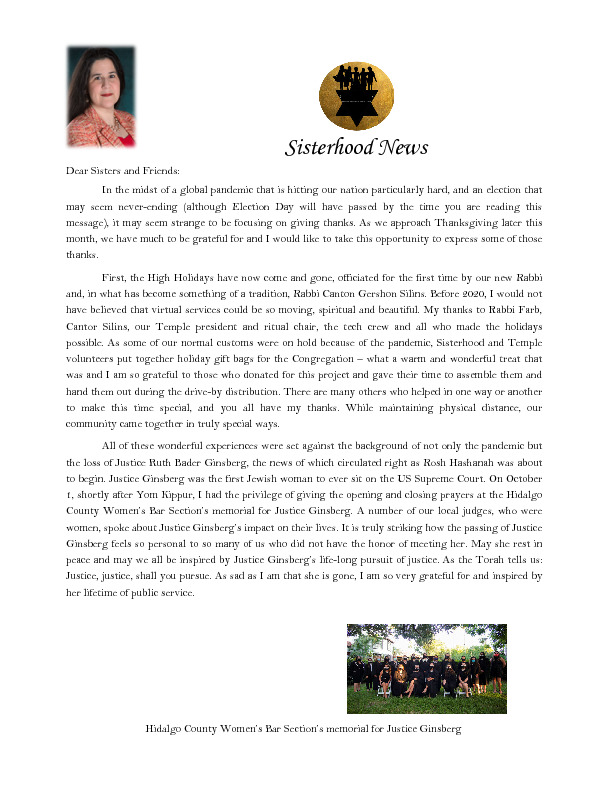 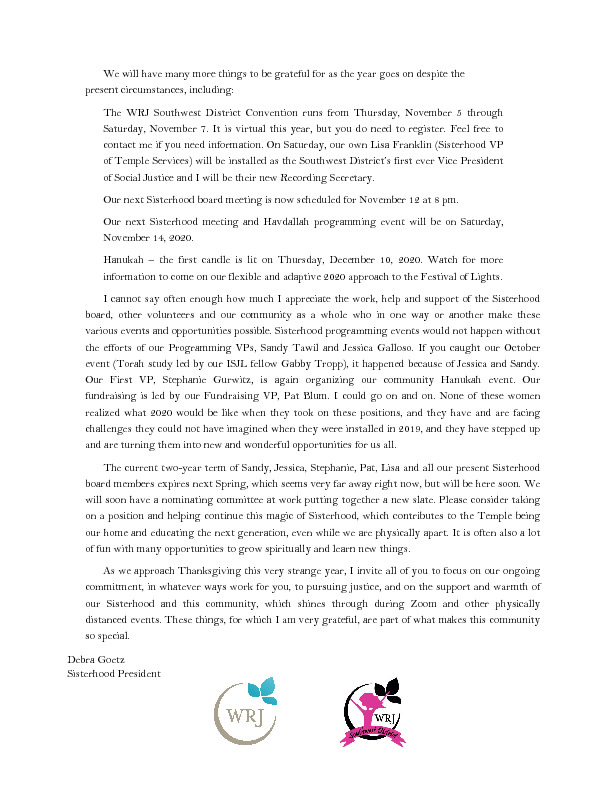 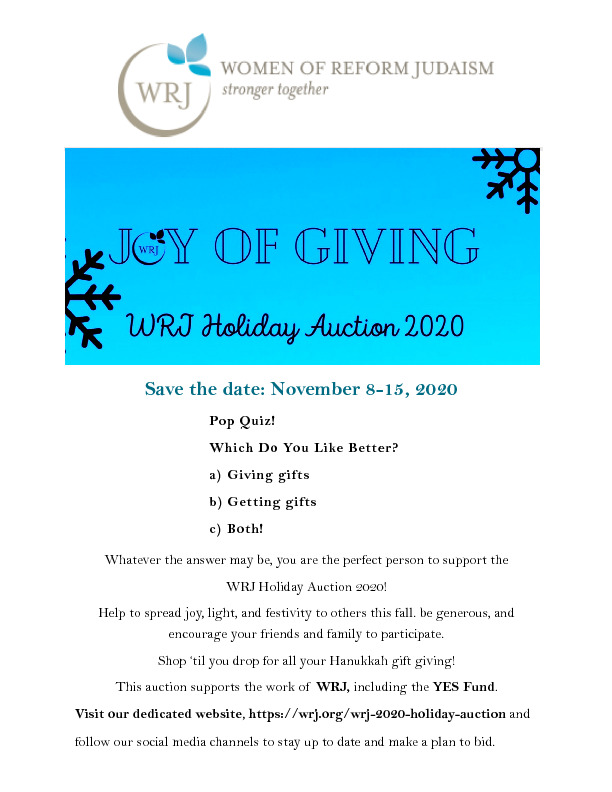 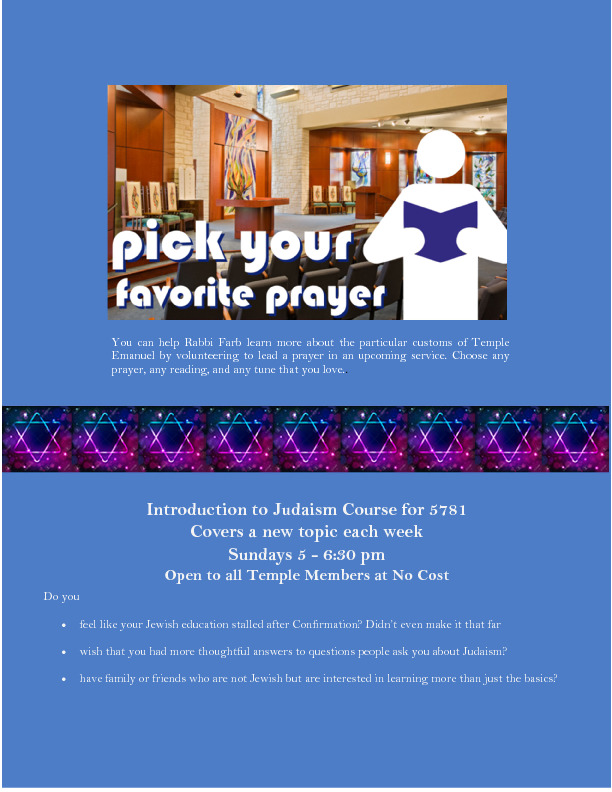 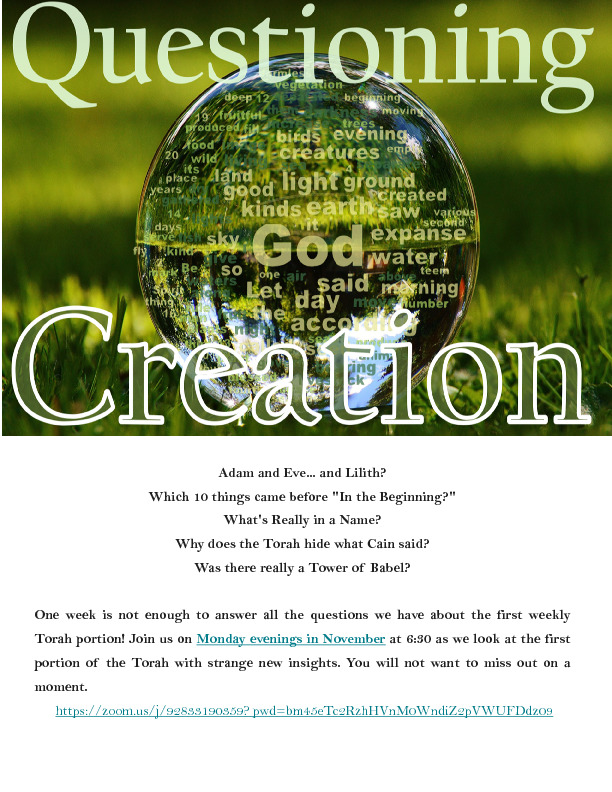 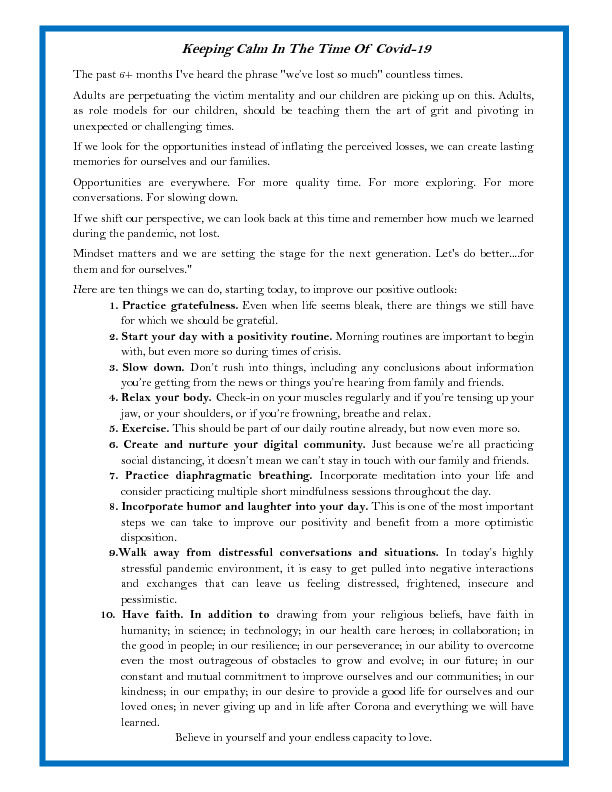 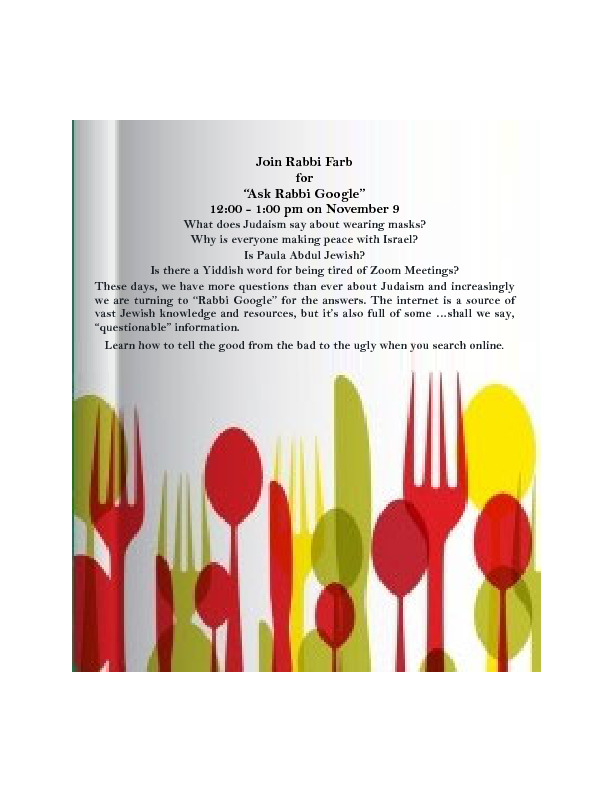 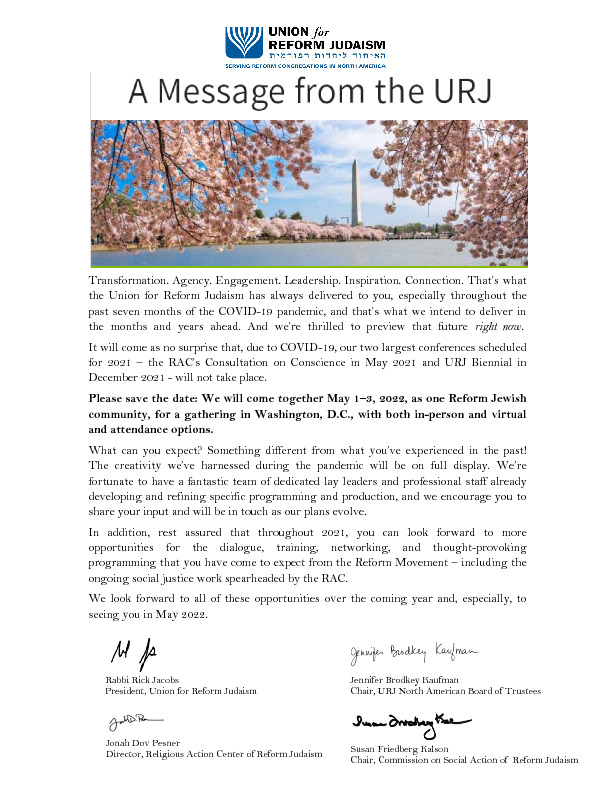 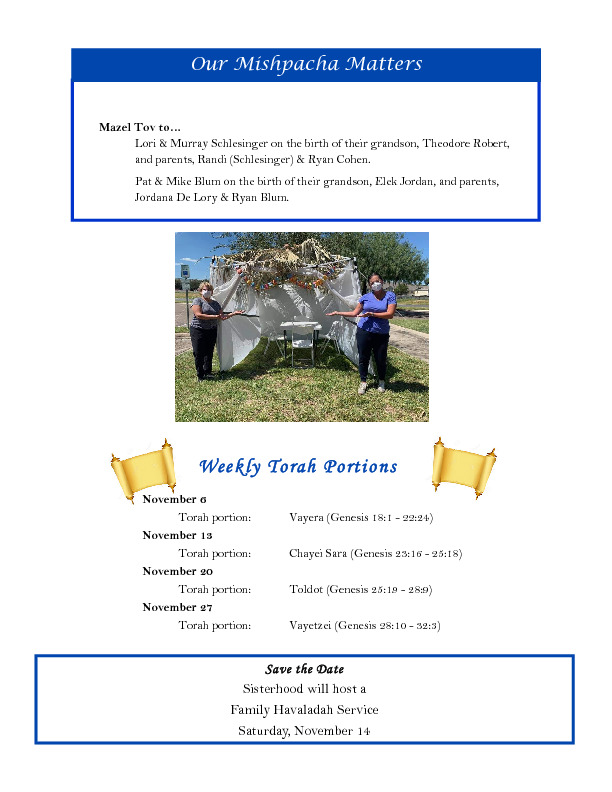 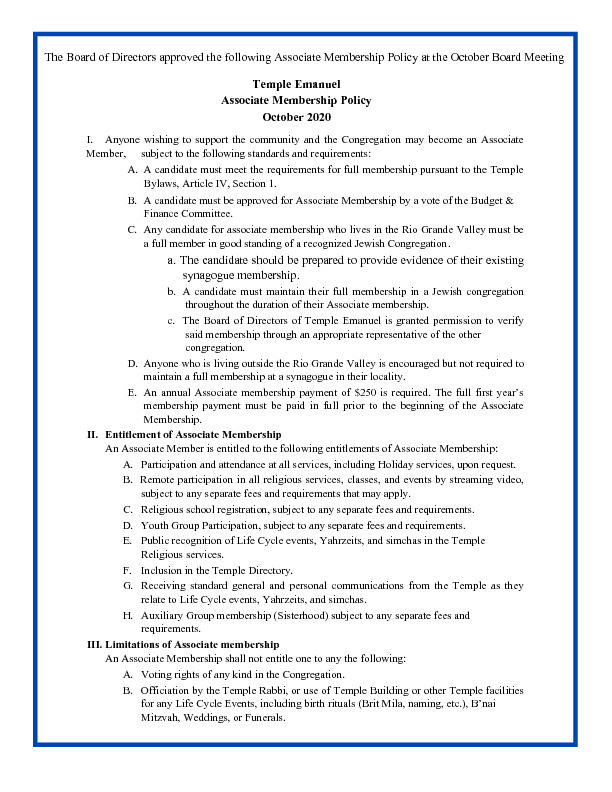 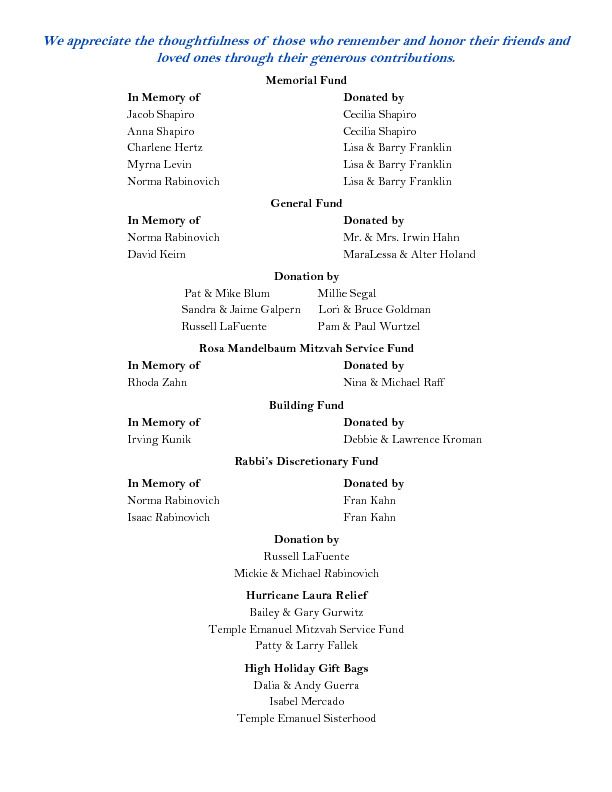 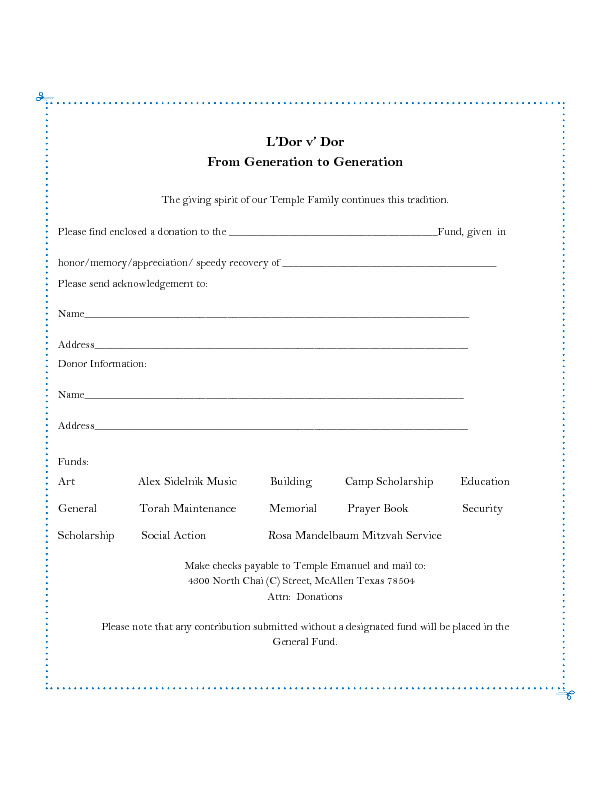 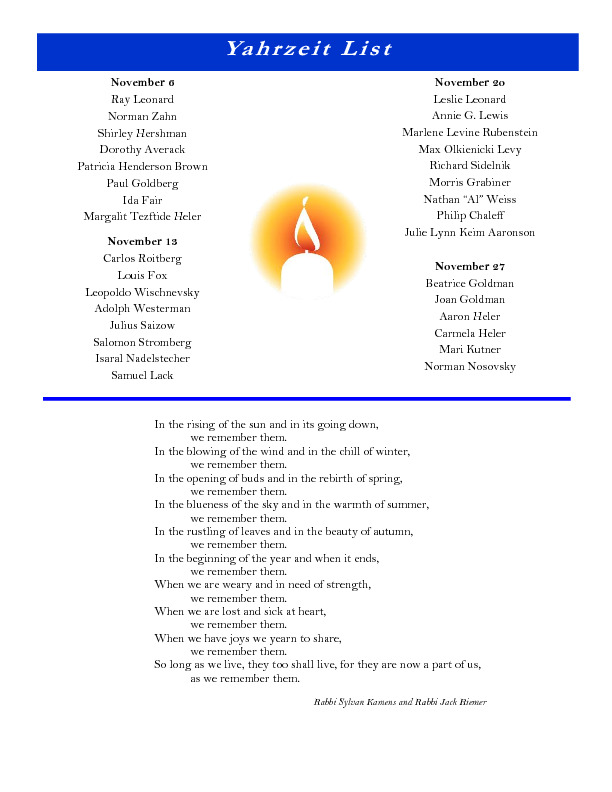