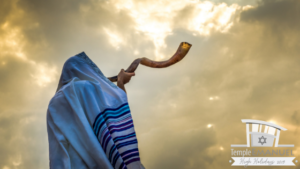 Isaiah 40:31
…but those who hope in the LORD will renew their strength. They will soar on wings like eagles; they will run and not grow weary, they will walk and not be faint.

The High Holidays are nearly here!
The Ritual Committee has been hard at work to create a warm and meaningful worship experience for our congregation. Rabbi Cantor Silins will be joining us again this year. He was ordained in July of this year and is Liberal Judaism’s first rabbi cantor. He previously served as cantor of Temple Sinai Congregation, Toronto; at Temple Avodah, Oceanside, New York; Anshe Emeth Memorial Temple, New Brunswick, New Jersey; Beth Emet The Free Synagogue, Evanston, Illinois and Temple Emanuel, Kensington, Maryland. He has also taught cantorial studies at the Abraham Geiger College Cantorial School in Berlin and the Levisson Institute in Amsterdam.

Gershon Silins has also been an active freelance singer in the worlds of concert and opera, including appearances with the Chicago Symphony Orchestra, under James Levine, Carlo Maria Giulini, and Sir George Solti, and with the Brooklyn Philharmonic under Lukas Foss. He also sang with the Maryland Handel Festival in the role of Simon in Handel’s Judas Maccabeus with the Smithsonian Chamber Orchestra under the baton of Paul Traver.

Also helping us with a memorial call to worship will be our first ever SHOFAR CHOIR! If you would like a chance to learn how to blow the shofar please join us Tuesdays at 6:30pm.

Guest Policy
Temple Emanuel welcomes Jewish guests for the High Holidays. Please contact the Temple office at (956)686-9432 to request a Guest Form or download form here and return it to TempleRitualCommittee@gmail.com. Seating tickets are required and must be arranged in advance.